Just Not Feeling Yourself? 9 Signs It’s Time For a Hormone Level Test

Did you know that your body contains more than 50 known types of hormones?

That’s right! What’s more, these are only the “known” ones, and scientists admit there’s more of them to discover.

After all, hormones — and the endocrine system that produces them — affect almost the entire body. That includes nearly every cell and organ.

It’s no surprise then, that 47% of women say that hormone issues have affected them negatively.

The question is, how exactly does it feel if your hormones are going haywire? What are the signs that you should get a hormone level test ASAP?

You’ll find all the answers you need in this post, so be sure to keep reading!

In the US, where one in three adults don’t get enough sleep, being “too tired” has become the norm. In fact, only one in seven of them says they wake up feeling fresh every single day of the week. The rest feel tired at least for half or most of the week.

While tiredness can arise from lack of sleep or overworking, hormones can also be the culprit. An example is chronic fatigue syndrome (CFS), which affects up to one million Americans. Scientists have found a link between CFS and low thyroid hormone levels.

A low cortisol level is also one of the common types of hormonal imbalance that can cause fatigue. Cortisol has many systemic effects, from triggering the fight-or-flight response to sleep patterns. It also helps regulate energy by “choosing” the right type of food substrate the body needs.

Without enough cortisol in your system, you’ll feel tired and sluggish all the time. However, these symptoms can also arise from other conditions, such as anemia.

The only sure way to confirm if hormones are to blame for your fatigue is to get a hormonal test. The test results will reveal if you have too little cortisol or thyroid hormone levels.

2. You’ve Been Sleeping Less and Less

Just as a hormonal imbalance can cause fatigue, it could also be the cause of your sleeping problems. This may arise from a “hyperactive” hypothalamic–pituitary–adrenal (HPA) axis. Scientists say that changes to this axis can lead to poor sleep quality and sleep disorders.

If you’ve been having a hard time falling and staying asleep, you should get a hormone blood work. It will reveal changes in the hormones produced by the pituitary and adrenal glands. These include adrenaline, cortisol, and adrenocorticotrophic hormones that can affect sleep.

3. Nature Has Been Calling Non-Stop at Night

Have you been waking up several times at night, with an increased urge to pee? Hormonal imbalance, especially of the antidiuretic hormone (ADH), may be behind it. ADH is the hormone that triggers the kidneys to release water (urine).

Normal levels of ADH prompt the body to pass a lower amount of urine. Low levels, however, force the body to make more urine.

ADH levels usually remain high at night, making urination less likely. However, hypothalamus or pituitary gland problems can result in too low ADH levels. This results in greater urine production, which increases one’s risk of waking up with the need to pee.

This may not be bothering you now, but the more it happens, the poorer your sleep quality. It’s best to get Nutrition Response Testing® to determine the cause and rebalance/correct your ADH levels.

Androgenetic alopecia, a type of hair loss, affects 50 million men and 30 million women in the US. As the term suggests, an androgen, particularly dihydrotestosterone (DHT), causes this condition.

DHT comes from 10% of all the testosterone that the male (and female) body produces every day. DHT appears to trigger the onset of puberty in boys, such as the development of the male sex organs. It also helps boost muscle mass, increase body hair, and deepen their voice.

That said, DHT levels are much lower during one’s younger years. Aging, however, leads to its increase.

Granted, the body needs DHT to maintain muscle mass and promote fertility. According to scientists though, it’s also the hormone that shrinks hair follicles. It appears to bind to these follicles, killing healthy strands and causing hair loss.

If an abnormal amount of your hair ends up everywhere (pillows or shower drains), it may be time for a hormone imbalance analysis. Your doctor can confirm if your hair loss is due to high levels of DHT or other medical conditions.

5. You Seem to Be Forgetting Things More Often

The health of your thyroid can make or break your memory, concentration, and attention. It could even affect your general intelligence and perceptual function!

High levels of the thyroid hormone (hyperthyroidism) can make it difficult to concentrate. Whereas a lack of this hormone (hypothyroidism) may make you forgetful.

Either way, don’t forget to call your doctor if your brain has been feeling fuzzy recently.

6. You Feel the Blues Almost All the Time

Dopamine, endorphins, oxytocin, and serotonin are hormones known to promote “feel-good” emotions. Too little of these, and you can end up feeling abnormally depressed.

Hypothyroidism is one possible culprit, as it can also reduce serotonin levels. Lack of physical activity (due to being “too tired”) can also affect your happy hormones.

7. You Say “Not Tonight” Every Night

Hormonal imbalance or a thyroid disorder can rob you of your sexual drive. For instance, low thyroid hormone levels can affect your libido. In women, low sex hormone levels can cause vaginal dryness, which can make them lose their desire to have sex.

8. Considerable Changes in Your Appetite

Hormones, including ghrelin and leptin, regulate hunger and appetite. Ghrelin stimulates hunger and feeding, while leptin “inhibits” these. Too much ghrelin can make you feel hungry all the time, while too much leptin can put you at risk of anorexia.

9. … That Lead to Weight Gain or Loss

Hyperactive hunger hormones (or having too much of it) can lead to overeating. It can promote unhealthy eating habits, including binge-eating. Over time, these can result in weight gain.

Whereas weakened or insufficient hunger hormones can make you lose your appetite. While losing weight may sound good, hormone-induced weight loss is dangerous, even fatal. Especially if the cause is anorexia, considered to be the deadliest psychiatric disorder.

Anorexia, after all, is four times deadlier than major depression.

Don’t Let Your Hormones Drag You Down: Get a Hormone Imbalance Analysis Now

There you have it; all the signs that should prompt you to undergo a hormone level test ASAP. With this, your doctor can quickly figure out if your symptoms are due to hormonal imbalances. It could even help them identify more serious conditions, such as diabetes.

Ready to find out how well your hormones are doing or if they’re the reason behind your suffering? We can help! Get in touch with us now so we can help you get your hormones back on track.

We're not around right now. But you can send us an email and we'll get back to you, asap. 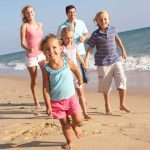 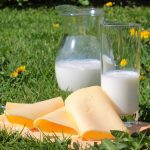